Go straight to the accessibility menu.
Homepage > Blog News > IFSP is present at the 41st Reditec
Top of page content
Follow our Blog

IFSP is present at the 41st Reditec 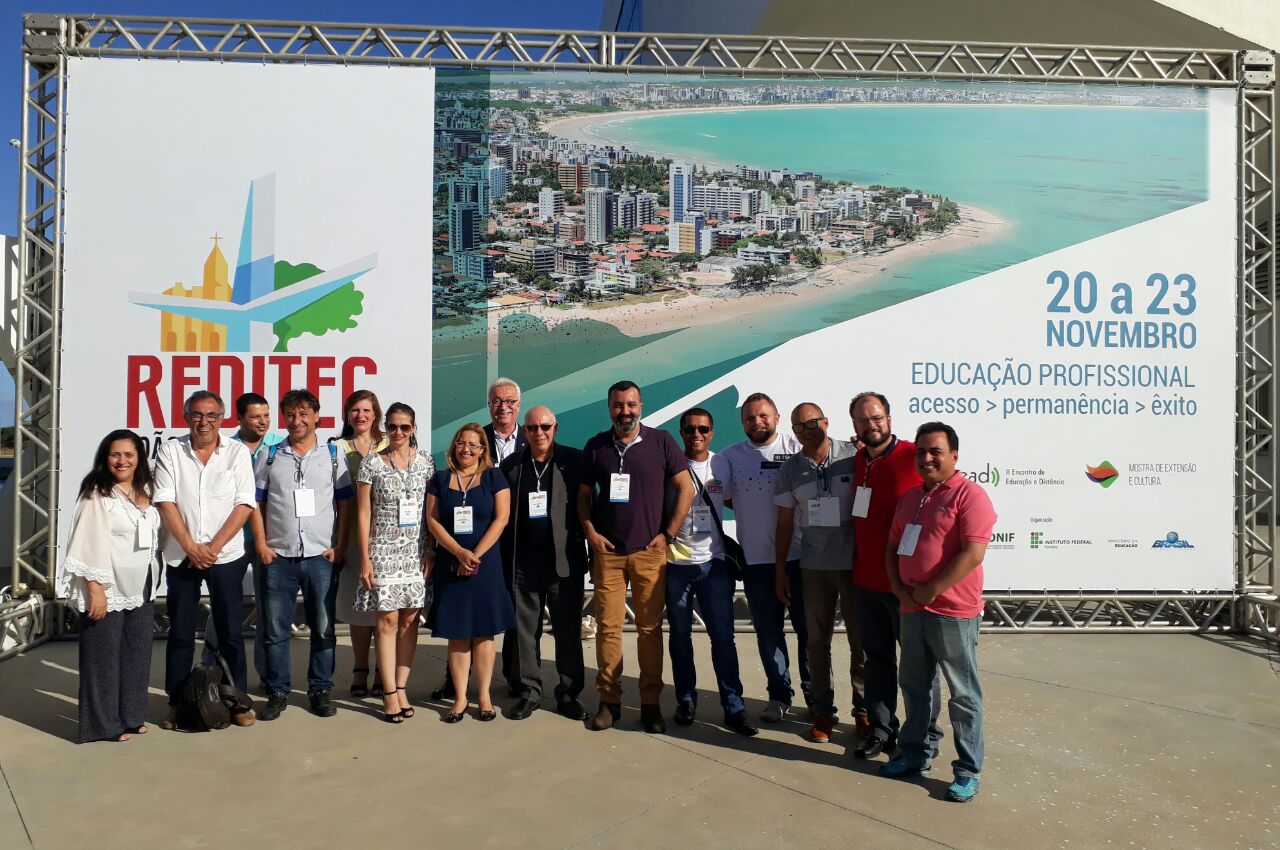 Rector Eduardo Modena, pro-rectors and other IFSP employees participated in the 41st Meeting of the Directors of the Federal Institutions of Professional and Technological Education (Reditec), which this year took place in João Pessoa, from 20 to 23 November.

With the theme “Professional Education: access, permanence and success”, Reditec brought together about one thousand participants (including deans, pro-rectors, systemic directors and directors-generals of the FIs), who were able to attend several lectures and round tables, in Exhibition of Successful Experiences in the areas of management, teaching, research, extension and internationalization. These exhibitions opened space for educators to present successful initiatives that were developed in their institutions.

According to Dean Modena, it was the first time that the IFSP had such a leading role at Reditec. He, for example, mediated a conversation circle about science, technology and innovation in the perspective of access, permanence and success, led by the advisor to the rector Newton Lima and the rector of the IFRN. The Dean of Extension, Wilson de Andrade Matos, was one of the exhibitors in the roundtable "Good Practices in the Federal EPCT Network on access, permanence and success". The Director of Programs and Projects of the Dean of Extension, Fernanda Sorrentino Atanes, reported the experience of the IFSP with the program Cursinho Popular, on Tuesday morning, during the round about Basic Education.

During Reditec, the Institute also set up a stand at the Extension and Culture Exhibition to present the extension programs developed at the Institution (see the image below). In addition, the IFSP delegation actively participated in the regional forums of directors-general and pro-rectors. 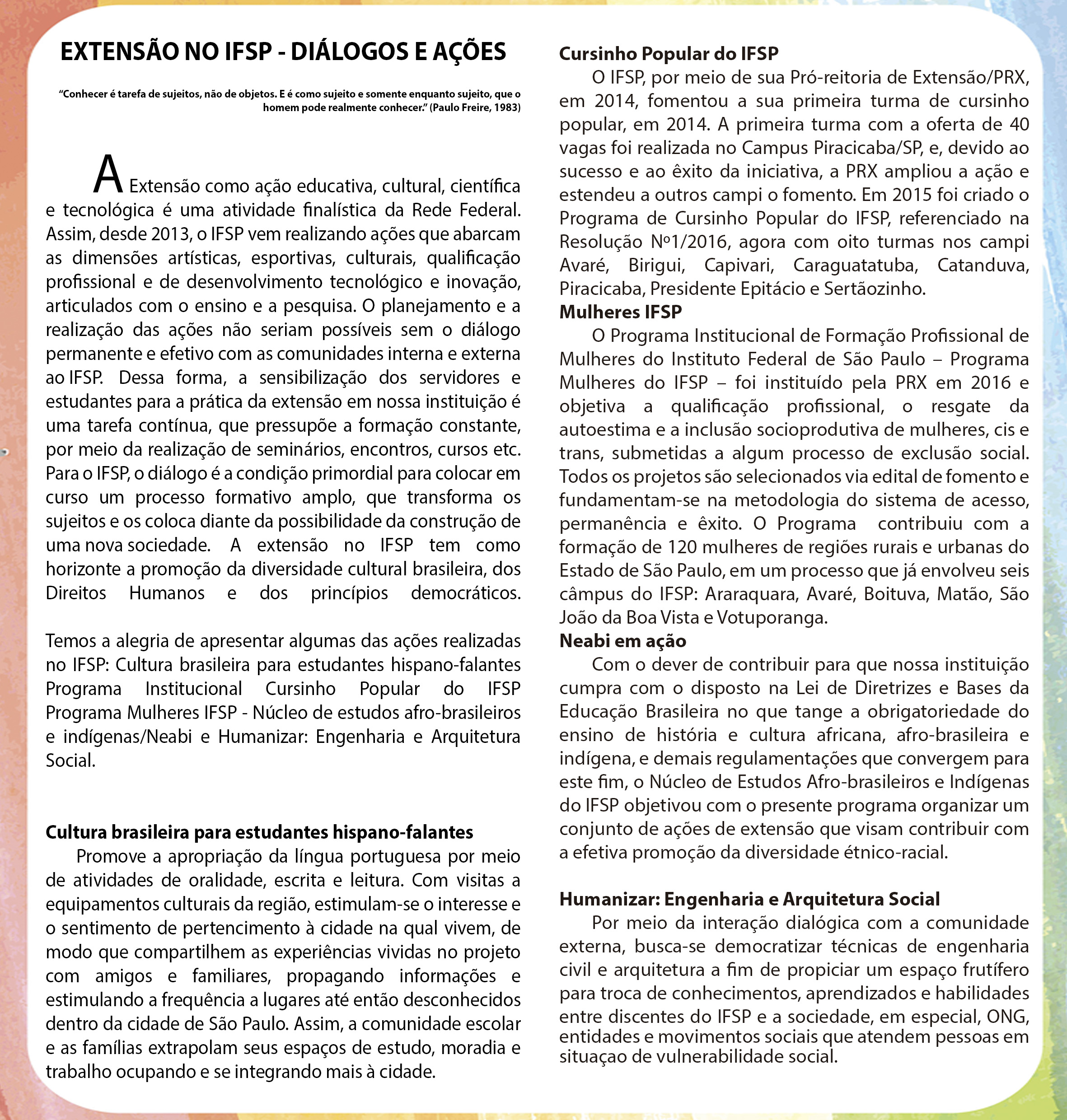