Project uses simple equipment and, if approved, can be produced in all Federal Institutes in Brazil 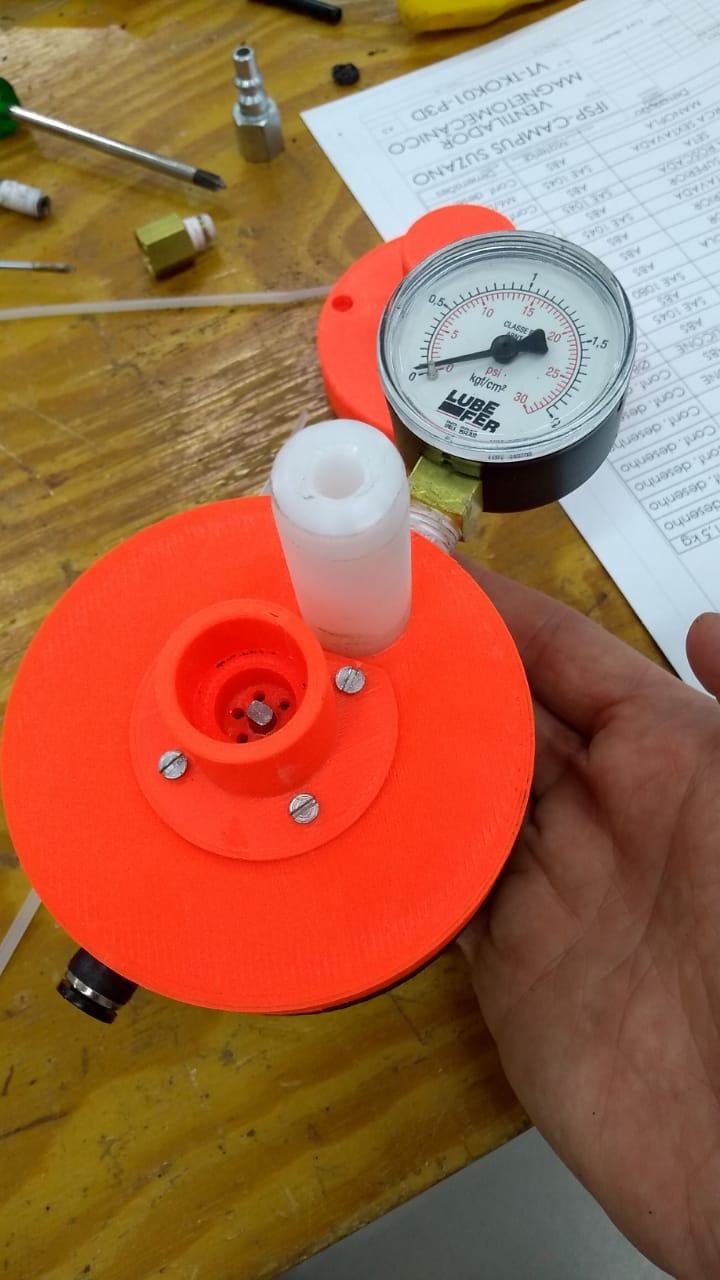 Researchers of Maxwell Laboratory of Microwave and Applied Electromagnetism (LabMax-IFSP), together with a team from the Federal Institute of Ceará (IFCE), are developing a prototype of a mechanical respirator, through the VentMeCovid Project19.

The IFSP is attended by the professors of the Campus Suzano Antonio Marques (responsible for the mechanical project), Wagner Garo, Antônio Mendes and the director Breno Teixeira Santos, in addition to the professors at the Campus Cubatão Alexandre Maniçoba and Charles Oliveira. A team coordinated by the research pro-rector José Wally Mendonça Menezes participates in the IFCE. The group also has medical professionals who provide support in relation to clinical and physiological issues. Among them, physician Juan Mejía, cardiovascular surgeon specialized in ECMO (extracorporeal membrane oxygenation), director of CityCor (CE) and respiratory physiotherapists Ingrid Correia Nogueira, from Unichristus (CE), Luiz Alberto Forgiarini, from La Salle University (RS) ), and Fabrício Fontoura, member of the National Tele Consulting Commission Covid-19 of the Federal Council of Physiotherapy and Occupational Therapy - COFFITO.

According to Professor Alexandre Maniçoba, the initial idea of ​​the project is from the Federal Institute of Ceará and started to be developed by IFSP professors on March 26th. “Professor Wally contacted me and said that IFCE was developing some projects with respirators and asked us (from Maxwell Laboratory) to help them with one of them. It was then that we started working on the project based on the Takaoka mechanical respirator ”, he said. The Takaoka is a mechanical respirator that requires only air / oxygen supply, in its original design. The current version of the prototype, developed at the Campus Suzano, uses a main body machined in aluminum and steel and external plastic parts printed on a 3D printer.

According to Professor Breno Santos, the prototype is undergoing operation tests, so that its parameters are suitable for physiological scales. According to him, there is still no predicted date for carrying out tests with animals or humans or estimates in relation to the cost, but he states that the equipment “was thinking so that it is as cheap as possible and that it can be machined with simple equipment, lathes. and tools that are easy to find in any workshop, ”he said.

Alexandre Maniçoba said that in the next phase of the project there will be automation of the device, where sensors and actuators will be installed in the respirator, which will allow the working parameters, such as pressure, for example. After that, the project will be forwarded to the responsible medical bodies so that it can be validated.

The differential of this respirator, according to Professor Maniçoba, is that, because it is very simple in its construction, it can be produced on a large scale, in all Federal Institutes of Brazil. “Being part of a job like this, in view of his humanitarian nature, is in itself one of the greatest achievements of a researcher's career, because we are working to save lives. It's almost like wearing the Institute's shirt and the IF symbol making you a superhero, that's the feeling we feel ”.