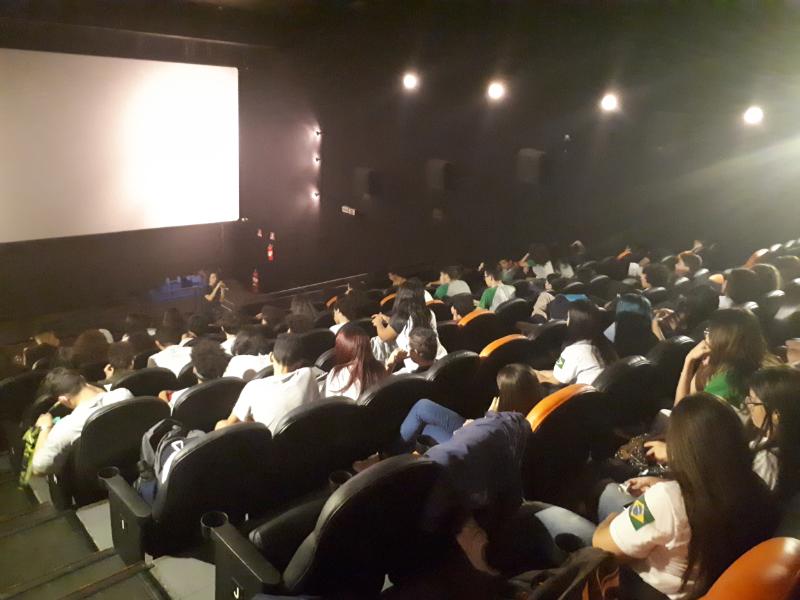 During the month of April, around 250 IFSP students were at Espaço Itaú de Cinema, in São Paulo, to watch the documentary Elections, by director Alice Riff. The invitation came from the film team, and the students' departure was organized by the Dean of Extension. As tickets were limited, it was possible to contemplate students from three campuses - the first three to express interest: Jundiaí, Piracicaba and Hortolândia.

Excited by the experience of watching a cinema session in São Paulo, the students really liked the documentary, which tells the story of the electoral race for the student union of a school in the city of São Paulo. After the screening of the film, the participants were able to interact with the director, asking questions about the filming process, the electoral process for choosing the plates, the context in which the documentary was recorded and the sponsorships.

For Eduardo Rocha, one of the students at Câmpus Piracibaca who participated in the session, the idea of ​​coming to São Paulo and being able to have a chat with the director of the film was very cool. “I found it very interesting that she did social science and followed in the film business. It has the potential to produce excellent films that bring social issues under discussion in our country, ”he says. According to Eduardo, the feature allowed him to observe how students work, how they express themselves and organize themselves for a collective representation election, a conscience that, according to him, is lacking in our country.

Câmpus Hortolândia pedagogue Caroline Jango, who accompanied the students to the cinema, says that the activity was very rich, since the plot of the documentary is very close to the reality of our students. For her, the subjects covered in the film are current, allowing a reflection that is directly linked to the contents of the sociology, philosophy and history classes. “The debate made possible after the exhibition enabled the problematization of reality and the construction of critical thinking. I believe that partnerships of this nature are a differential in the professional and human formation of our students. ”

In an interview with G1, director Alice Riff said that the idea of ​​the documentary came up when, in the last elections, data came out that drew attention to the young man's disconnection from politics. According to her, the data showed that the percentages of young people voting null and white are high, who do not see the difference between left and right, who do not see themselves represented in political parties. Based on that, “I thought about being in an election year, inside a school, following an election whose protagonists are young people, blacks, blacks, the LGBT community. An election 100% led by those outside the National Congress ", said the director.

Campus can show documentary through platform 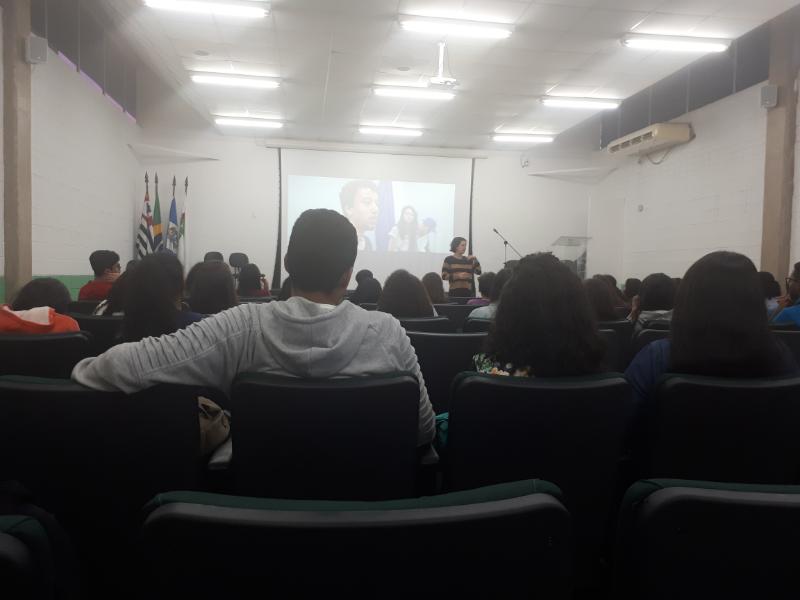 Campuses that failed to take students to the cinema in São Paulo can organize a screening of the documentary on the campus itself, through the Videocamp platform.

Guarulhos was the first to use the platform. About 40 students were able to watch the film “Eleições” and chat with the director of the film after the documentary screening, all through Videocamp.

Videocamp - is a platform that brings together impact films available for free public viewing - just gather five people to be able to watch. Impact films are those that point to urgent causes, that portray situations that need to be highlighted, that broaden our look at sensitive themes and that, above all, promote a more just, solidary, sustainable and plural world.