Production was awarded at Entretodos as the best film of 2018; debate will take place this Friday (5), at 18:30 pm 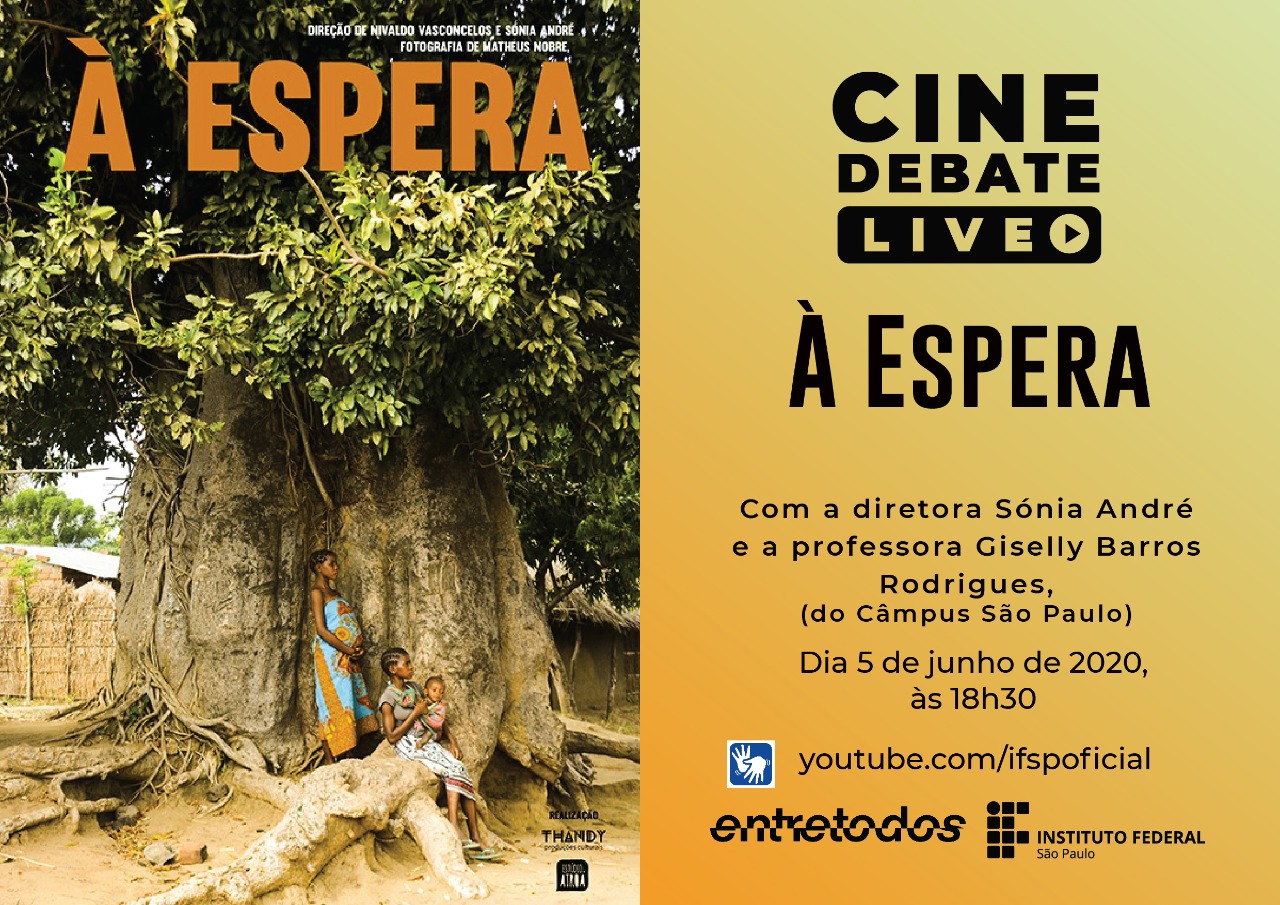 This Friday (05th), the 8th session of the Cinedebate live will be held. This week's guest is director Sónia André, who will speak about the documentary “À Espera”. The production was awarded at Entretodos - International Film Festival, in the “Trajectory” category, as the best film of the 2018 edition and narrates the drama of premature marriages, in the province of Niassa, in Mozambique.

Professor Giselly Barros Rodrigues, from the São Paulo Campus, will make the presentation of the live. The debate will have a simultaneous translation in Libras, which will be carried out by the server Pérola Medeiros, from the Guarulhos Campus.

Remembering that the film is not shown at the time of the debate, so those who have not yet watched and want to participate in the discussions can access it beforehand at the available link here. Cinedebate Live will be shown by  IFSP channel on YouTube.

The IFSP Extension Dean (PRX) is promoting a virtual chat with directors of short and feature films, through Cinedebate Live. Conversations take place every Friday at 18:30 pm. Each week an IFSP teacher will be invited to present the live.

According to Priscila Aquino, coordinator of socio-cultural actions at PRX, the activity aims to bring IFSP students closer to the audiovisual activities that the provost has been promoting since 2017, in partnership with the Festival Entretodos. She stressed that this quarantine period is a favorable time to discuss films and open dialogues, since audiovisual works are being so sought after in these days of isolation.

According to Priscila, Cinedebate Live can also collaborate with students and servers who want to submit short films for the II IFSP Short Film Festival of Citizenship and Human Rights, which is open until June 22.