A team of researchers from the IFSP, along with Professor João Francisco Justo, from the Polytechnic School of USP, is working on the development of a low-cost and portable prototype for pulmonary analysis by near-field microwave images. The aim is that the device can be used to increase the set of rapid diagnostic tools for patients with Covid-19, especially in field hospitals. The prototype is part of the research project entitled "Covid-19 acute pneumonia pre-diagnosis system through microwave images with the Vivaldi Palm Tree Antenna".

According to Professor Alexandre Maniçoba, the project is based on the legacy of research on the “Child Brain Cancer Tracking System through microwave images with the high resolution Vivaldi Palm Tree Antenna for early diagnosis”, which has been developed by researchers from the Maxwell Laboratory and the Electronic Systems Engineering Department - PSI of the Polytechnic School of USP - since the beginning of 2016.

According to Alexandre, the antenna is the main element of a microwave radar system. "It is responsible for ensuring that there is the greatest transfer of electromagnetic energy between the telemetry system and the medium under analysis, therefore, it must be ultra directive," he said. He stated that the Palm Tree antenna, designed by LabMax, is now internationally recognized as a reference in ultra directivity, both by search indexers and by microwave companies. 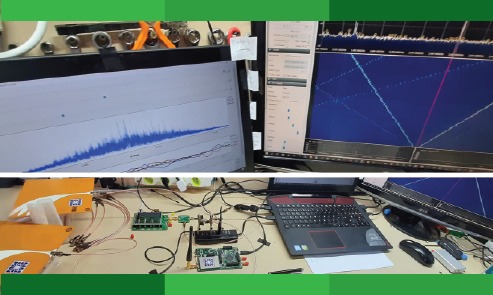 Prototype under development at LabMax

According to the researcher, the project is in the development phase of the physical model of a lung printed with a 3D printer. “Each system is being tested, for example, several configurations of the Vivaldi Palm Tree antenna are being tested, as well as six different microwave image processing algorithms are also being tested and validated,” he said. Alexandre also said that the group is seeking to raise funds, through research promotion agencies, for the acquisition of microwave testing and validation equipment, as well as for the licensing of numerical simulation programs and components of international origin for to be able to carry out the tests and finalize the prototype.

The next phase of the project will be the integration of the entire system in a low-cost, portable device, which will later be sent for evaluation by the health authorities that will be able to authorize the production of the equipment. The estimated cost per unit of the radar, according to Alexandre, should be something close to R $ 500. “As we are fully bearing the costs of the project, they will not have a direct impact on the cost of each equipment. This cost will be related to the cost of the devices used and the quantity to be produced (the greater the quantity, the lower the cost of the final equipment) ”, he said.

If the device is approved by the health authorities, the main advantages of its use are: portability (does not require a special electrical installation for its operation, such as a tomograph, and can operate with batteries); low cost, and can be purchased at pharmacies and specialized retail stores, such as blood glucose and blood pressure meters, for example. "It may be standard equipment in health posts and ambulances and it is an open architecture concept, which may give rise to more advanced devices for the benefit of humanity," said Professor Alexandre. 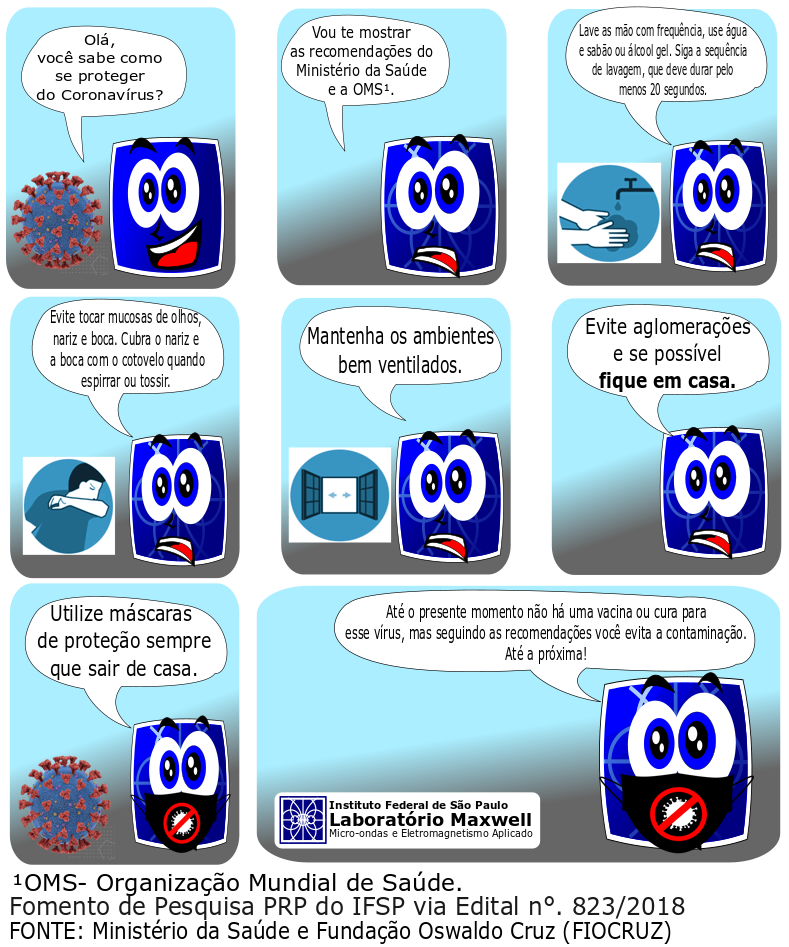 In addition to research for the development of prototypes such as microwave radar and respirator, the Maxwell Laboratory of the IFSP also develops a campaign that seeks to make society aware of the fight and prevention of Covid-19. Who is in charge of the campaign is Karen Cristina Mendonça dos Santos, a student in the Industrial Automation Technology course at Campus Cubatão and a Scientific Initiation scholarship holder at LabMax.

The campaign uses a mascot, Little Max, which appears in strips explaining how Covid-19 came about and showing ways to protect itself from the coronavirus. The strips are posted on whatsapp groups and on LabMax social networks.

According to Karen, Little Max was created last year for an outreach campaign against childhood brain cancer. "It came about to make contact with children in a more humane and didactic way, as a playful way to guide and raise awareness of the importance of childhood brain cancer". According to the researcher, the two campaigns have been well accepted by the community.