Expedition of IFSP professor and cover of Estadão newspaper 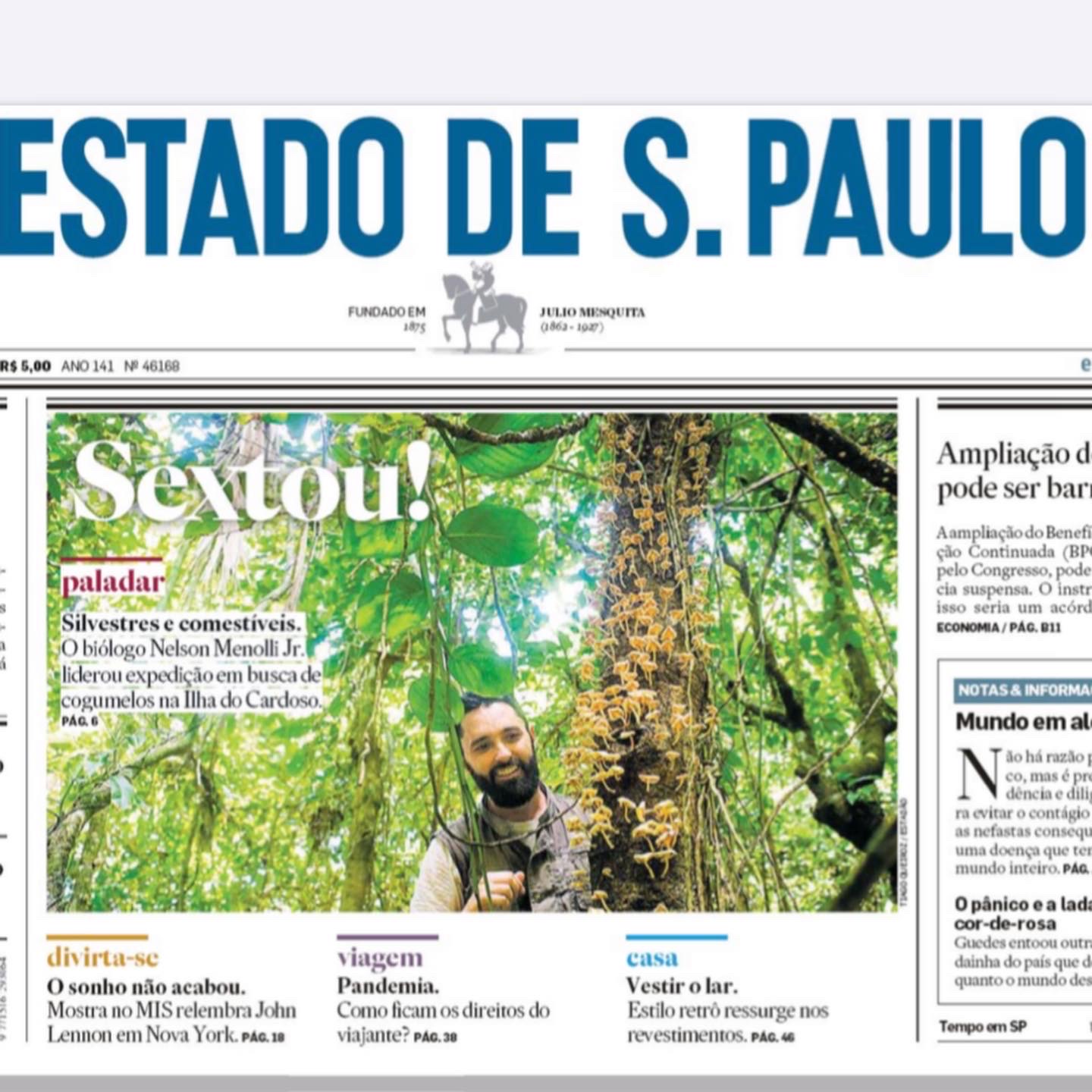 A team from the newspaper O Estado de S. Paulo followed the expedition of biologist and mycologist (fungal specialist) Nelson Menolli Jr., professor of biology at Câmpus São Paulo and researcher associated with the Institute of Botany (IBt) who carried out a hunt to edible wild mushrooms on Ilha do Cardoso, on the south coast of São Paulo.

The article, published last Friday (13), brings the expedition's report and reveals a little of the unknown kingdom of fungi. Columnist Neide Rigo, responsible for the subject, and photographer Tiago Queiroz were part of the team that, in addition to Professor Menolli, included students Marina Pires and Tamile Rodrigues, both scholarship holders of Scientific Initiation (Fapesp and CNPq) and students of the undergraduate course in Biological Sciences at IFSP. Besides them, they also joined the group of scholarship holders from other institutions that are also guided by the professor, including the doctoral student at the Institute of Botany (IBt) Mariana de Paula Drewinski (Fapesp fellow) and the student at the Universidade Paulista (UNIP) Maria Fernanda Ortiz (fellow) CNPq).

The expedition is part of the project “Cogumelos da Mata Atlântica: diversity and potential of edible species”, financed by the Research Support Foundation in the State of São Paulo (Fapesp), in the Research Aid - Young Researchers modality. The project aims to investigate the diversity and potential of edible wild mushrooms, and has the financial contribution of Fapesp until 2024. In addition to the IFSP, the project has the collaboration of researchers from other national and international institutions, including the Institute of Botany (IBt, São Paulo - SP), Universidade Estadual Paulista (Unesp, Dracena - SP) and Clark University (Worcester, MA, USA).

The full article is available in the print edition of the newspaper O Estado de S. Paulo or in page  of the Taste section of the Sextou notebook!