Caio Italo Marcieri Pimpinato presented the results of the “Drones in Education” Extension Project, which aims to involve unmanned technologies in the educational process.

Student Caio Italo Marcieri Pimpinato, from the Control and Automation Engineering course, at Campus São Paulo, represented the IFSP in an international workshop on the use of Drones for education. The event took place in early February, at Faculty of Land Management, National University of Life and Environmental Sciences of Ukraine. 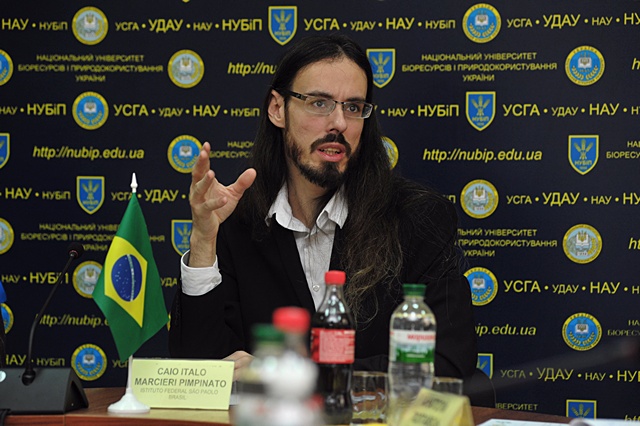 During the seminar, the IFSP student presented the results of the “Drones in Education” Extension Project, which aims to involve unmanned technologies in the educational process and facilitate students' contact with them. According to Caio, the project started in 2018, and is currently coordinated by professor Tarcísio Fernandes Leão. In addition to Caio, students also participate Matheus Gaspar and Bruno Lima and former students Natasha Colombo Braga and Lucas Nascimento, all from Campus São Paulo.

According to Caio, participating in the workshop in Ukraine was an enriching experience, as it enabled a conversation about the current role of the drone in society, including with more delicate topics such as military use. According to him, the participants discussed the pioneering nature of the Drones in Education project, with regard to the use of unmanned aerial vehicles in the educational area. He also reported on how the drone training activities were promoted by the project members. “In addition, we talked about the results obtained through the application of drone exercises in the classroom, an activity that we carry out in public elementary and high schools in São Paulo,” he said. 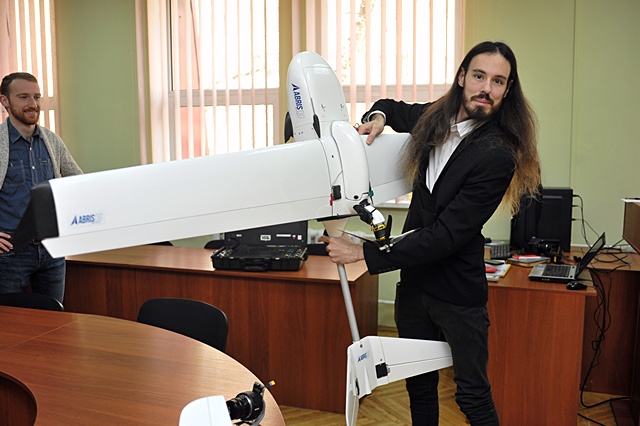 In addition to the latest experience in Ukraine, the IFSP student participated in other seminars in the United Kingdom, Paraguay, Spain and Italy. According to the student, each presentation is accompanied by new discoveries. “Every time I presented the project outside of Brazil, I had a very pleasant feeling in realizing that, despite cultural differences, we were all there for the same goal, which was the exchange of technological knowledge in favor of each one's interests and the willingness to join forces to contribute to collective progress. Despite language barriers, there are no boundaries that separate people when there is a common understanding that the synergy of ideas leads to a better future for everyone. Drones are part of that future, and the IFSP went ahead with this project, ”he said.

According to Caio, IFSP servers and students who are interested in acquiring knowledge related to areas involving drones can participate in the project, and apply them in the area of ​​education. Drones in Education also promotes workshops and free courses on assembling and piloting drones, open to the entire internal and external IFSP community.

People interested in being part of the project should send an email to .