Campinas: ceremony marks the implementation of courses at the final headquarters

On the morning of this Friday (14), the ceremony for the implementation of the courses was held at the final headquarters of the Campus Campinas.

The new campus has been in operation since July 2019, but it was now at the beginning of 2020 that the classes for all courses - technical, higher, post-graduate and Proeja - and the other activities were totally transferred to the building itself, located in the Campo Grande region - before IFSP Campinas was installed at CTI Renato Archer.

IFSP invested R $ 16 million in the construction of the new building. Resources from parliamentary amendments, articulated by the current management, ensured the purchase of most of the equipment and furniture necessary for the complete operation of the unit. Of the amount made available by parliament, R $ 950 thousand came from individual amendments and R $ 120 thousand from amendments to the Paulista Bench.

During the ceremony, the IFSP rector, Eduardo Modena, paid tribute to each of the parliamentarians who made the purchase of equipment possible with a plaque. The rector took the opportunity to reinforce the importance of the collaboration of these parliamentarians, who, according to him, were fundamental for the campus, located in a region with a great lack of state apparatus, to enter into full activity. The federal deputy Herculano Passos (MDB-SP), coordinator of the São Paulo bench in the Chamber, was honored, and the federal deputies Luiz Lauro Filho (PSDB-SP), Carlos Zarattini (PT-SP) and Carlos Sampaio (PSDB-SP), who respectively guaranteed R $ 500 thousand, R $ 250 thousand and R $ 200 thousand in individual amendments to the Campinas Campus.

With a capacity to serve 1300 students, the new building has an area of ​​7.000 m², 11 classrooms and 18 laboratories, as well as a court and a cafeteria. In his participation in the ceremony, deputy Luiz Lauro said he was impacted by the size of the building and guaranteed that he will continue to fight for more resources for education.

Herculano Passos recalled that, only in 2019, the São Paulo bench managed to send R $ 49 million to education - R $ 10 million to the IFSP - which means 20% of the bench amendments. According to the deputy, seeing federal resources being well applied, as is the case with the Campinas Campus, generates great satisfaction, since it is a modern and planned space, ready to provide quality education. 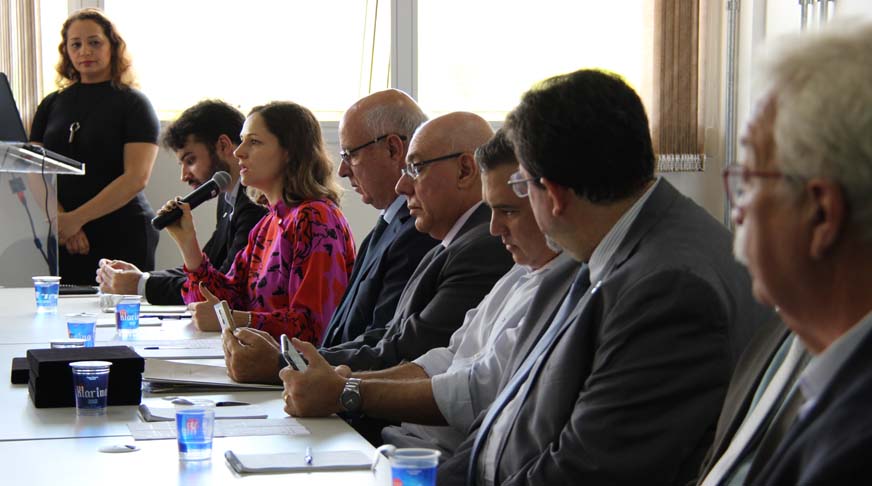 In addition to Modena and deputies Herculano Passos and Luiz Lauro Filho, the director of the Campus Campinas, Eberval Castro, the dean of UFABC, Dácio Matheus, the advisor to the rector, Newton Lima, and professor Gabriela de Brelaz, representing the dean, participated in the ceremony from Unifesp, Soraya Smaili, the general coordinator of Planning and Management of the Federal Network Development Directorate, Daniel Godoy, representing Setec. Also present were Cecílio dos Santos, representing deputy Carlos Zarattini and the IFSP pro-rectors and directors-general.