The IFSP took another step towards the implementation of the pilot project of the technical course in Industrial Automation based on the Australian Dual Model. This stage (12), after five days of activities, ended the stage of training of teachers and technicians of the Institute involved in the project.

During the training week, held at the Bragança, Suzano and São Paulo campuses, participants were able to learn a little more about the Australian system, which is based on providing students with the skills and qualifications necessary to enter them into the labor market. Mathew Johnston, Education & Research advisor at the Australian Embassy in Brazil, was once again at the Institute to talk about the model. The focus of the training was to stimulate the perception of the servers that the success of the project depends, in large part, on the capacity of those involved to know the demands of the local productive arrangements.

It is these arrangements that dictate the bases on which the courses are being set up, explains the director of Inova IFSP, Alexandre Chahad. According to him, the initiative to bring the model is fully in line with the federal institutes' creation law, which says that these institutions must be close to the APLs. “It is an opportunity to increase the practice, for our students to get their hands on mass ”, reinforces Chahad.

The Australian model will be implemented in 2021, initially in classes of technical course in Industrial Automation in the modality concomitant / subsequent to high school on campus Bragança Paulista e Suzano, who already have experience in teaching methodology that brings students and industry together. The courses have been designed based on the demands of the productive arrangements in these municipalities.

For the IFSP rector, Eduardo Modena, the agreement with Australia is very promising. He points out that it is not a matter of simply linking a course to the needs of the market, but of fostering employability opportunities as a way to increase the student's permanence and success in the course. “The increase in the relationship between theory and practice makes the student the protagonist of his trajectory of appropriation of knowledge combined with the concreteness of the job market”, he says. According to Modena, the partnership between the school and the “factory floor” benefits the student, the institution and the productive sector.

In addition to training those involved in the project, this week's activities also included meetings with representatives of the private sector and the creation of working groups that will be responsible for making continuous contact with the productive arrangement, as one of the criteria for analyzing the quality of the project. course will be the evaluation of companies. The kick-off was also given to the creation of a management committee that will be responsible for establishing the parameters for evaluating the courses. The committee will comprise representatives of the Australian embassy, ​​the federal government, the state government, the Paula Souza Institute, the Regional Council of Technicians, the Dean of Education, among others.

The initiative to bring the Australian model to the Institute came from Inova and the International Relations Office (Arinter). 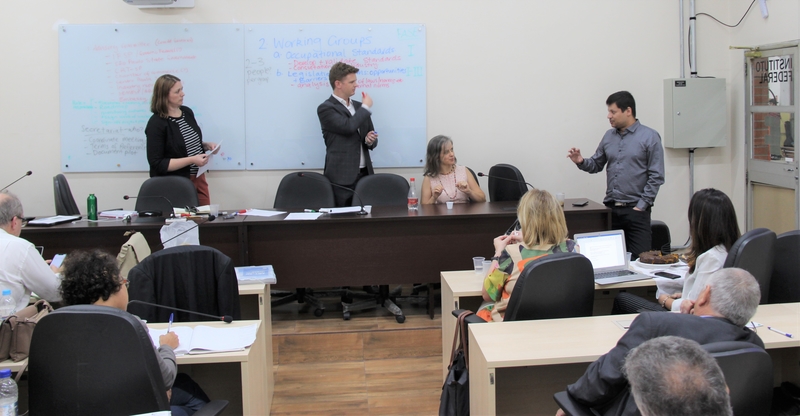