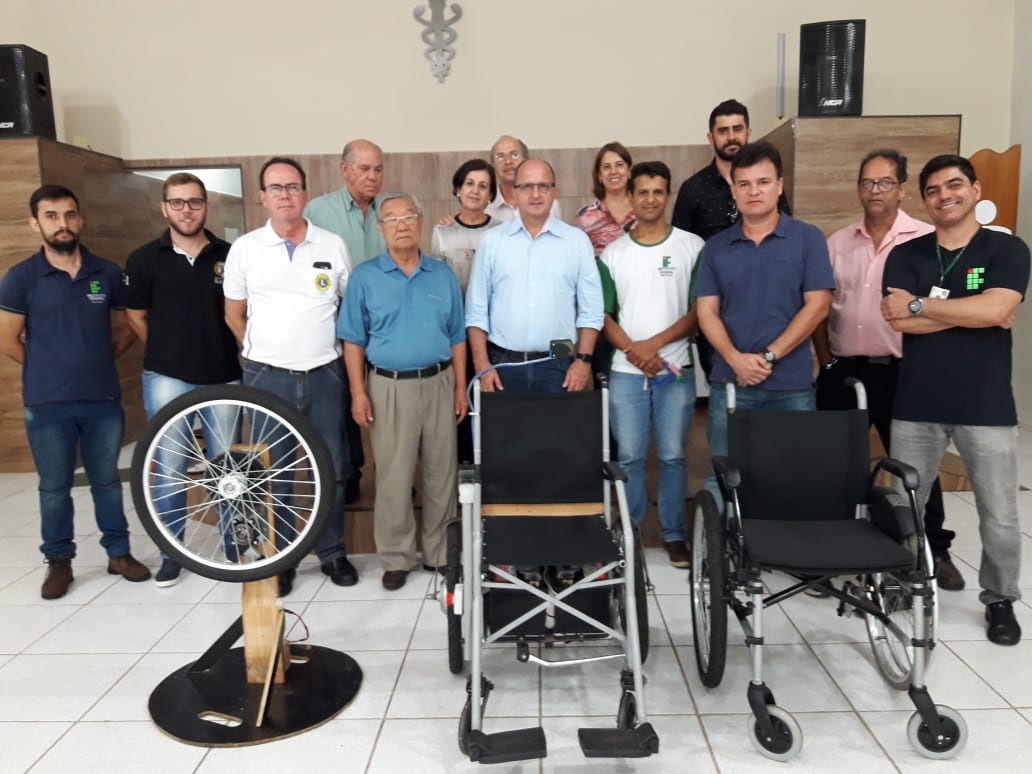 A technical cooperation agreement between the IFSP, the Association of Friends of the Municipality of Fernandópolis (AAMFer) and the Lucy Montoro Rehabilitation Network (Fernandópolis unit) resulted in the development of a low-cost motorized wheelchair prototype, which was presented last December 10, during a regular meeting of AAMFer.

The focus of the agreement was the development of equipment that, when coupled to a conventional wheelchair, turns it into a motorized chair. The advantage is that it is lighter, more efficient and much cheaper than the models available on the market. The price range of motorized chairs varies between R $ 7 thousand and R $ 12 thousand, while the prototype developed cost a little more than R $ 3 thousand, that is, a much more accessible value.

The prototype presented at the AAMFEer meeting works controlled by a small joystick, or by means of an instrument introduced in the wheelchair's oral cavity, which allows him to control the movement of the chair without having to make much effort. Other interfaces that will induce the movement of the wheelchair will still be coupled to the prototypes; among these additions, there is the use of a device known as “mouse glasses”, which will work through small movements of the wheelchair’s head.

A member of the project, Professor of Campus Votuporanga Carlos Eduardo Maia de Oliveira, known as Cadu, says that a second prototype, more efficient and even cheaper, is already being developed by the team. According to him, the ultimate goal is to produce more of this equipment and thus favor people who cannot afford the high costs of motorized wheelchairs available on the market, as is the case with patients at the Lucy Montoro Rehabilitation Network, in Fernandópolis.

The IFSP rector, Eduardo Modena, made a point of emphasizing that the success of the project lies in the fact that it involved both institutions that have the technical knowledge, as is the case of the Federal Institute, as institutions that are at the tip of the whole process and who know the real needs of wheelchair users.

In addition to Cadu, four civil servants and two students from the Institute are involved in the project: professors Osvandre Alves Martins and Claudiner Mendes de Seixas, technicians Carlos Eduardo Alves da Silva and Otacílio Donisete Franzini and students of the Electrical Engineering course at Câmpus Votuporanga, Jardel Dias Brito and Kayro Borges Mariano, who receive a research grant for participation. The initiative also has other collaborators, among them the doctor Flávio Benez, from Lucy Montoro. Still, part of the resources for the development of the project were made available by federal deputy Fausto Pinato (PP-SP).