The meeting will take place next Monday (2/12), at the Union of Engineers in the State of São Paulo

With representatives of public institutions of higher education in the State of São Paulo and entities linked to Education, next Monday (2/12), the document that points out the guidelines for the future of public education in Brazil will be launched: Another Future for Universities and Public Institutes. The document contains a proposal regarding the Future-se program, launched by the Ministry of Education (MEC).

"We understand that the debate with society is fundamental, and that universities and public institutes, which are the patrimony of the Brazilian people, have legitimacy and historical accumulation to be heard and present subsidies for the debate", says the first page of the document that was prepared by the Front formed in São Paulo, with the participation of representatives from the Federal University of São Paulo (Unifesp), from the Federal University of ABC (UFABC), from the Federal Institute of São Paulo (IFSP), from the National Union of Students (UNE) and the National Association of Graduate Students (ANPG).

The event will start at 18h, at the Union of Engineers in the State of São Paulo. The organizers invite society to participate in this act and to reflect on higher education, science and technology through a more social and less commercial perspective. 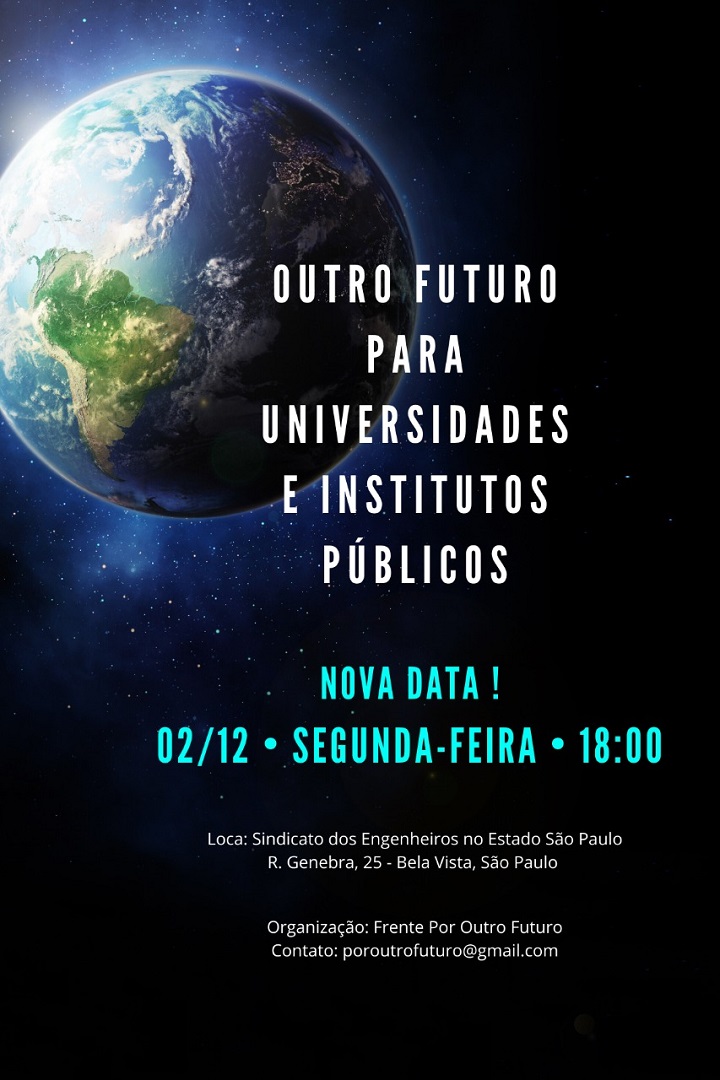