The XNUMXth edition of the IFSP Conict begins

Presentations of works, official opening and lectures marked the first day of activities of the 10th Conict and the 4th Conpog 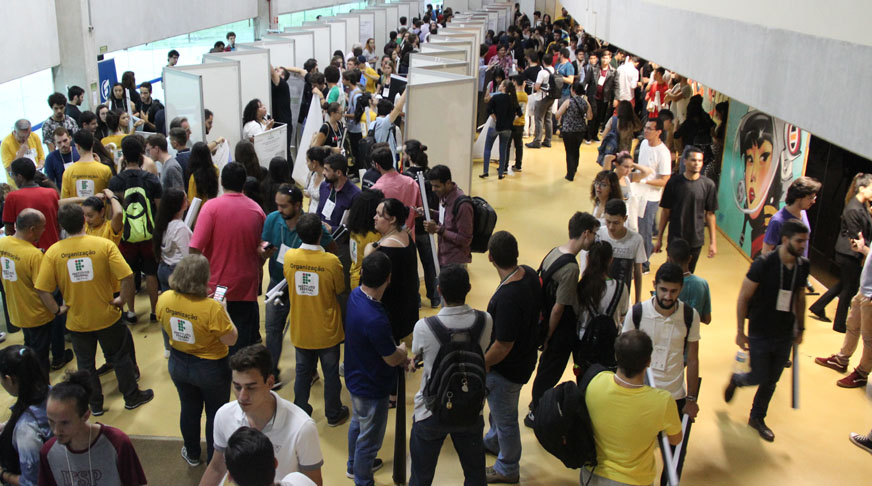 The weather in Sorocaba was closed on Wednesday (27), with cloudy skies and heavy rain most of the day, but the weather in the Technological Park was bright. In light of new ideas, discoveries, knowledge produced and shared by young and experienced researchers at the Federal Institute of São Paulo. For the tenth time, IFSP holds its Science and Technology Innovation Congress (Conict), which has been held together with the Graduate Congress (Conpog) for 4 years. The first day of the congresses was full of enriching discussions. 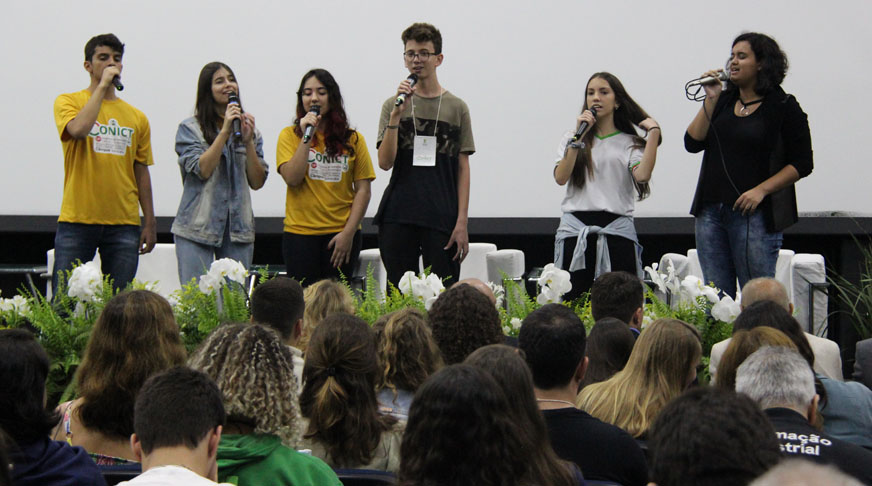 The opening of the event was marked by music, with the band Chá de Gengibre, from Câmpus Sorocaba. After the students' presentation, the honor table was set up, which included: professor Ragnar Orlando Hammarstrom, director general of the Campus Itapetininga, who represented the rector Eduardo Modena; the Dean of Research, Eder José da Costa Saconni; the general director of Câmpus Sorocaba, Denilson Mirim; the president of the organizing committee of the 10th Conic, Sérgio Shimura; the president of the Sorocaba Technology Park, Roberto Freitas. Municipal authorities and directors of various IFSP campuses were also present.

Professor Shimura was the first to speak, highlighting the challenge of holding an event with the grandeur of Conict, since the evaluation of the works, since there were more than 900 submissions, of which 750 were accepted and will be presented. Afterwards, the director of Câmpus Sorocaba, Denilson Mirim, spoke about the honor and the struggle to make the event happen, and thanked all the partners and civil servants who made efforts in holding the Congress. 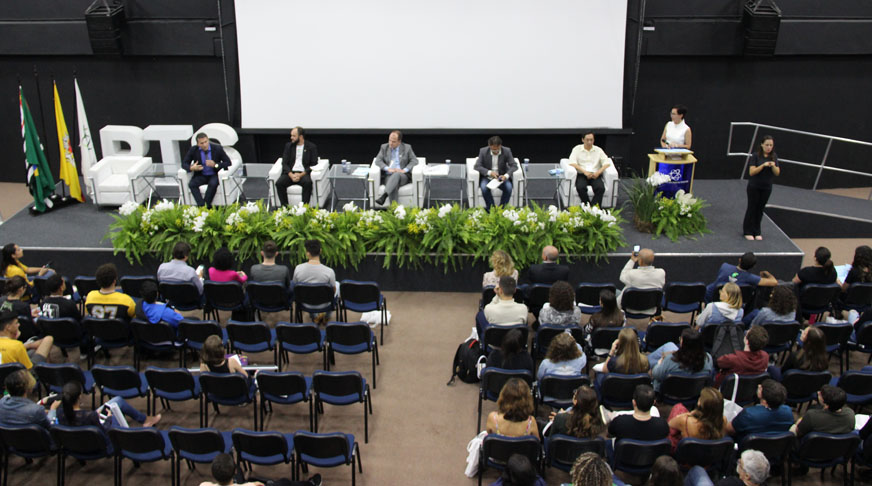 The President of the Sorocaba Technology Park, Roberto Freitas, stated that the educational work carried out by the Federal Institute of São Paulo directly contributes to the economic and technological development of the city. “IFSP does what I believe is the way: to put research into practice. For me, this is what makes the difference, this is the development that our country needs. What I want is that these works that students are presenting are transformed into products and services that can contribute to the development of society. ” Freitas also said that IFSP is today the main partner of the Technological Park of Sorocaba and that soon the site will receive a Laboratory of Renewable Energies, which will be installed in a partnership with the Campus Boituva.

The Dean of Research, Eder Saconni, showed significant numbers of the Institute in terms of research projects and projects cooperated with companies, highlighting the brand of IFSP students, who win awards wherever they go. He stated that the Institution constantly seeks to enhance the results of students: one example is the Notice 777/2019, through which R $ 390 thousand will be invested to support participation in Fairs, Exhibitions and Technical and Scientific Competitions. 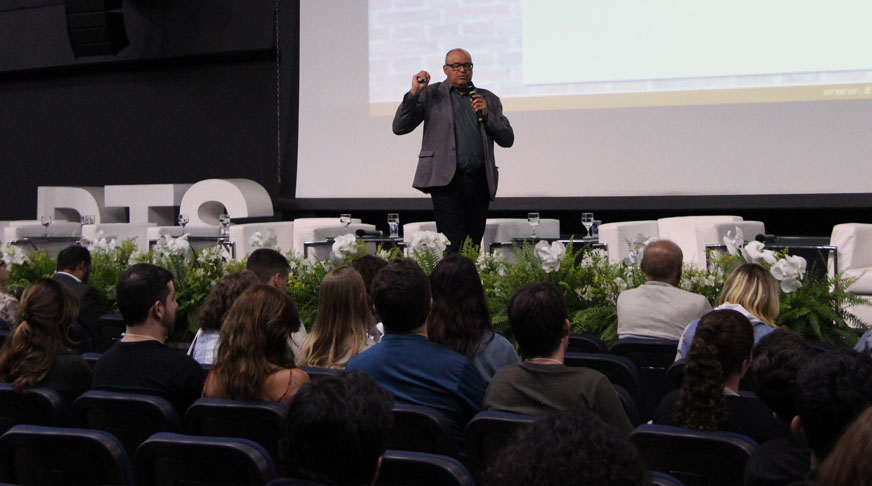 Four lectures took place during the first day of the event. The first, "Career and Personal Brand Management", was given by Ênio Padilha, electrical engineer, director of OITONOVETRÊS Produções. Afterwards, IFSP professor Michel Queiróz addressed “Cybersecurity in Industry 4.0: an overview of the vulnerabilities and threats to IoT devices”.

The special advisor to Fapesp's Scientific Board, Luiz Nunes de Oliveira, spoke about Promoting Research, a discussion that attracted the attention of young researcher Letícia Carminanti, a student in the Biosystems Engineering course at Câmpus Avaré. She said that she already works on a project that she intends to submit for financing, and so she was able to answer many questions. 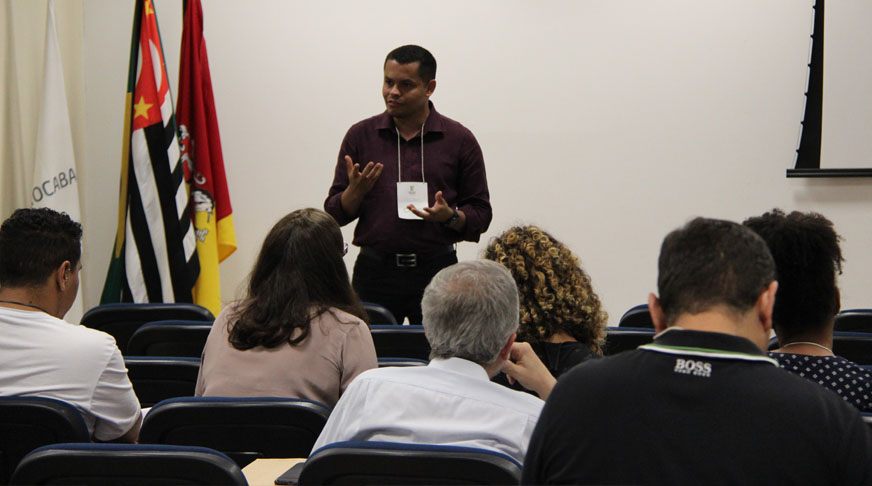 The last lecture of the day was about the IFSP Innovation and Technology Transfer Agency (Inova), which had as speakers the servers Adalton Ozaki and Fábio Machado. They presented the numbers of Inova, which in just two years of existence has already managed to raise, through support foundations, more than R $ 1 million for Research and Development (R&D).

Through funding notices, almost R $ 500 thousand was spent on R&D. Adalton and Fábio took the opportunity to publicize the new Innovation Notice and to encourage researchers to prospect with partner companies and submit proposals to the public notice.

This Thursday (28th), the programming of the 10th Conict and the 4th Conpog continues with hundreds of presentations of Scientific Initiation and Postgraduate projects, in addition to three more lectures. The first one will be "The industry anticipating the future of mobility. Today's challenges, tomorrow's solutions", with Shaeffler's executive director of Research & Development in South America, Cláudio Castro. Following, “Crazy canines: open platform of Edge Computing”, taught by professor at the Polytechnic School of USP Marcello Zuffo, and “Marathon for innovation, are we ready?”, With the speaker: Eliney Sabino, professor at the Faculty of Engineering of Sorocaba .

Check here the photos of the first day of the 10th Conict.