Event took place in Barra do Piraí, Rio de Janeiro. IFSP students competed with students from all over the country. 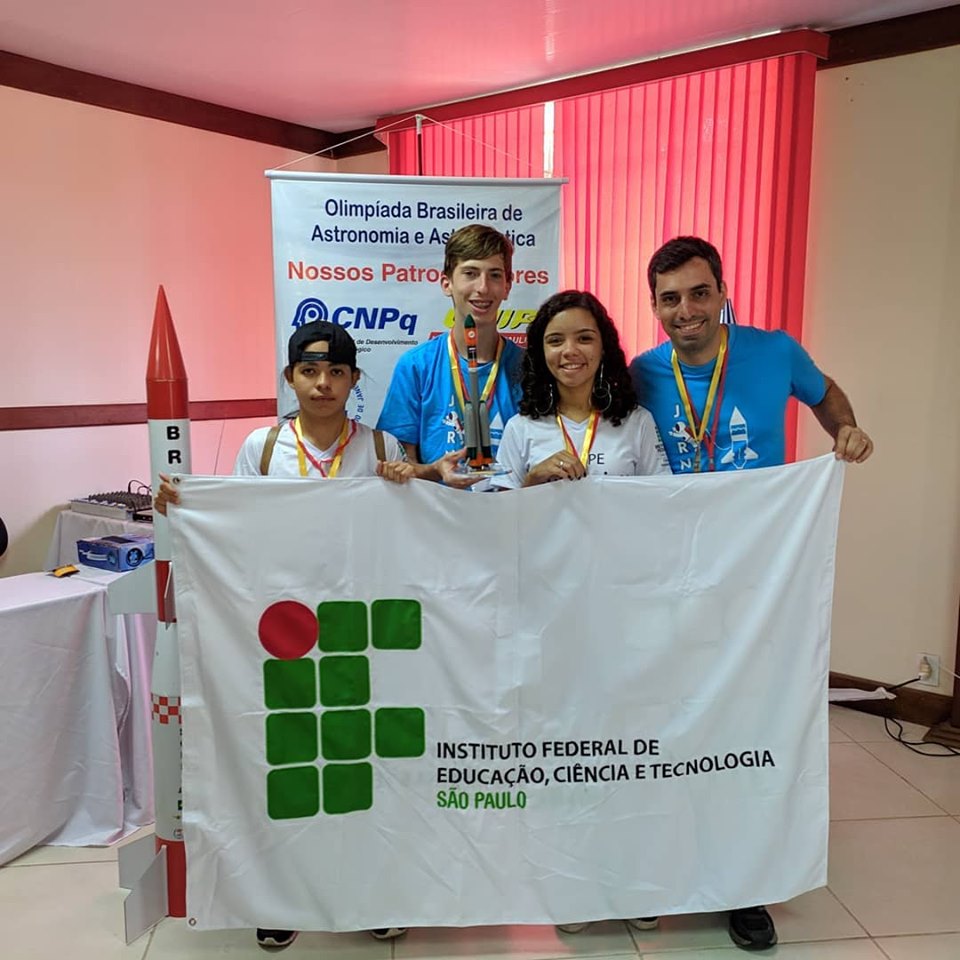 Students of the 3rd year of the Integrated Technical Course in Industrial Automation, from the Campus Hortolândia, won the title of champions in the Rocket Journey 2019. The teams with the best performance in Brazilian Rocket Show, organized by members of the Brazilian Astronomical Society (SAB) and the Brazilian Space Agency (AEB). The event was held in Barra do Piraí, in Rio de Janeiro, and the award was delivered last Friday, October 18th. The champion team, Lux Christi, is formed by students Ana Clara Mari Rocha, Lucas do Carmo Elias and Nathália Peixoto, under the coordination of Physics professor Marcelo Cardinali. The rocket designed by them achieved a range of 150 meters in the competition, a feat that gave the team the title of champion.

"I am very proud of the team, which has worked hard in the past few weeks to represent the IFSP and our city. Now they will be multipliers of the learning acquired during the event," said Professor Marcelo.

Along the lines of the Brazilian Rocket Exhibition (MOBFOG), the event aimed to assess the ability of high school students to build and launch rockets made from PET bottles, using vinegar and sodium bicarbonate as a propellant. The participants of the Day also had the opportunity to participate in workshops and lectures on Astronomy and Astronautics, activities on the mobile planetarium, workshops for building solid rocket mini rockets and presenting the construction of their PET rocket, its launch base and its launching techniques .

According to Professor Marcelo, the team's participation in the Jornada was carried out with the support of the Hortolândia community. The students sold raffles, sweets, made a kitty online and received financial support from the city hall.