The inauguration took place on Friday. The investment was R $ 1,5 million.

The Câmpus Avaré library was inaugurated on Friday night (20). When opening the opening ceremony, the director of the campus, Sebastião da Cruz, stated that the new space, with a capacity to receive 36 thousand titles, guarantees comfort and better learning conditions for students. R $ 1,5 million was invested in the construction of the building. Of this amount, R $ 1 million comes from parliamentary amendments by federal deputies Luiza Erundina and Paulo Teixeira.

During the inauguration, Paulo Teixeira said he believed that it is in the library that the opportunity is created for students to think of a country capable of competing for the creation of knowledge. He also took the opportunity to praise the Federal Network. For the deputy, the federal technical schools are equivalent to the best private schools in Brazil and more: according to Teixeira, anyone who wants to find a good example of public high school should visit the IFSP.

Also present at the inauguration of the new space, Congresswoman Luiza Erundina said that the application of amendment resources in a library adds value to the training of future professionals and citizens. In addition to allocating financial resources for the construction of the space, it was Erundina who suggested the name to give the library a title. The honoree was Linda Bimbi.

The dean of Administration, Silmário Batista, who represented the dean, Eduardo Modena, at the inauguration of the library, stressed that the support of the amendments is essential for the realization of initiatives like this. He also praised the new building, designed by professionals from the campus itself in a space of 500 square meters. According to him, the idea now is to take the model to other campuses. “We hope that, in addition to building new libraries, we will be able to honor, in each of them, people who invite us to think, to debate, to enter political life”, he reflected.

The next IFSP library will be built in Guarulhos. The forecast is that another R $ 1,5 million will be invested.

Linda Bimbi - It was a former Italian nun who fought for human rights. Educator, she worked in the line of Freire's pedagogy, supporting marginalized and persecuted by the dictatorship in Brazil. She passed away in August 2016 at the age of 91 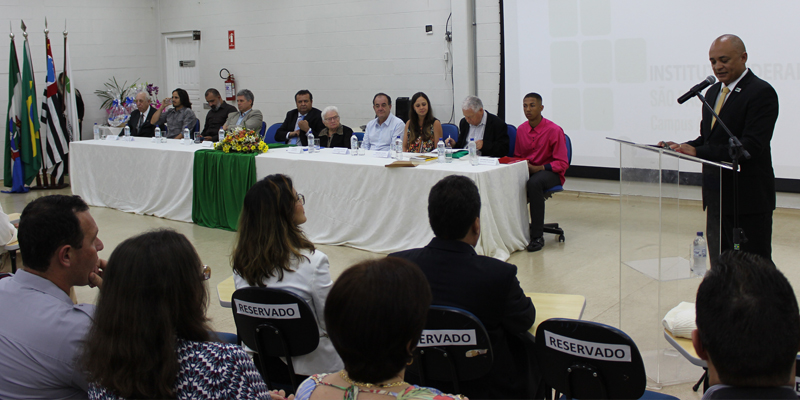